First, let me say I am INSANE.  There is no other word to describe me trying to create animal favors during crazy show season when I don’t have time to do anything but constantly restock for my business.

I was told to just get the rubber safari ducks and embed them in a soap base and use those as favors.  They would have been cute and worked, but they just weren’t what I imagined.  So…out came the notepad as I started to brainstorm and sketch some ideas.

This image was my inspiration. (I looked at so many safari themed cupcakes in trying to figure out how to make these soaps).

I would normally make all the embeds first and then make the bases, but I was super short on time and I knew if they were going to have enough time to cure before the party I needed to make them asap.  So I made the bases and then started figuring out the embed pieces I’d need.  Eyes…ears…whiskers…faces…noses…mouths…oh my word! There were a million little different pieces I needed for each different animal. 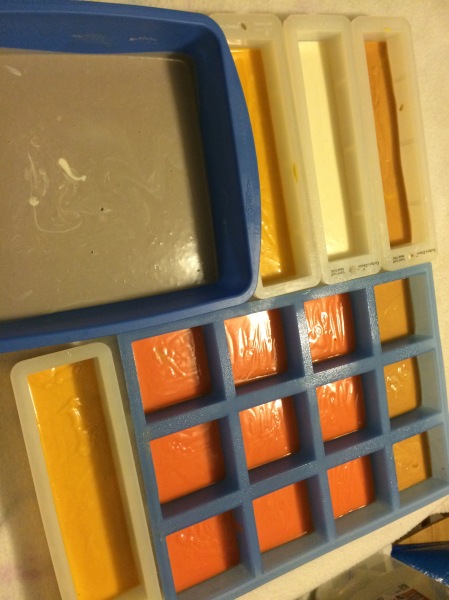 Once I figured that out there was then the challenge of cutting them all out. I needed an oval cookie cutter that I didn’t have.  So I sacrificed a piping tip and shaped it into an oval.  It worked in my hour of need, but piping tips don’t make good cookie cutters. 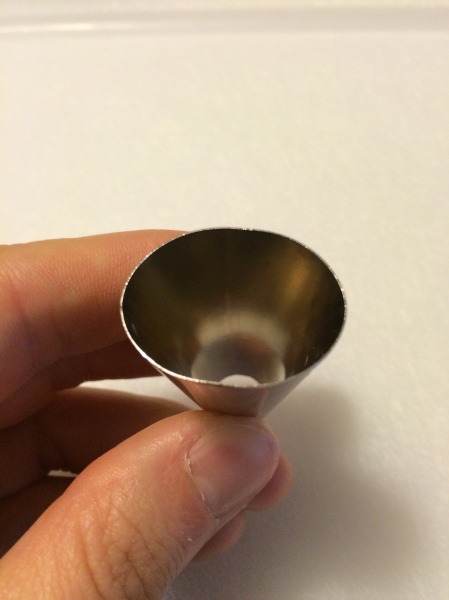 Piping tips as a cookie cutter…the brain figures out how to make it all work ha!

All those tiny circles?  Those are the other end of the misshapen piping tip.  Again, not a great cookie cutter ha, but it worked. 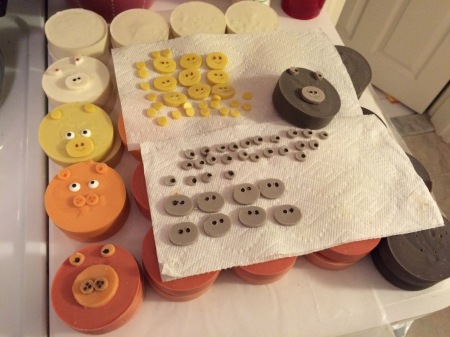 Once the circle were cut I started playing around and realized I could imprint a circle into them and then fill them with a “wet” mica to add extra color.  I also used a skewer dipped in wet mica to make the whiskers marks on the tiger.  THE-MOST-ANNOYING-THING-EVER.  I was ready to pull my hair out.

Was it worth it? Yes.  The added extra touch just makes the soaps, but OYE!!

Because I didn’t make the embeds first I had to “embed” them onto already hard soap.  Which meant an extra step of putting wet soap on one side and then putting it on the hard soap.  Could have saved myself time if the embeds had been done before, but I didn’t know what I was going to need and I was in a crunch for time so the bases had to get done before everything else.

The final step was the piping.  Oh so much piping.

Giraffe: I had to pipe the spots and horns on him.  I love him. He’s so so so stinking cute!

Lion: Piping his mane turned out so much better than I thought it would.  When all the pieces came together I was in love with him too.  The stringy mane/hair just totally did it for me ;).

So many different stages to piping the lions. I still had the eyes and mouth left to do once I got to this point. Have I mentioned these were an incredible amount of work?

Tiger: If I ever do these again I need to find a better way to do the stripes.  It was tedious to do these and it’s not as clean looking as I wanted, but it was the best I could do with what I had.  They’re still cute.

Gorilla (which was supposed to be a monkey):  There was somr major improvising that went on with these when I started to pipe them.  What I wanted to do wasn’t happening and on the fly I just said…let’s try this and it worked.  I really do think these are cute.  Disaster averted!

Zebra: The first couple I did were really bad.  It took a while to get the hang of these.  Piping straight or curved lines that need to come out steady and even is a hard hard thing to do.  They’re not bad looking. Not perfect and a few things I’d change next time, but I love them. I especially love the ears.  I happened to have the perfect mini cookie cutter to use as ears and the little pink in them just makes them stand out. 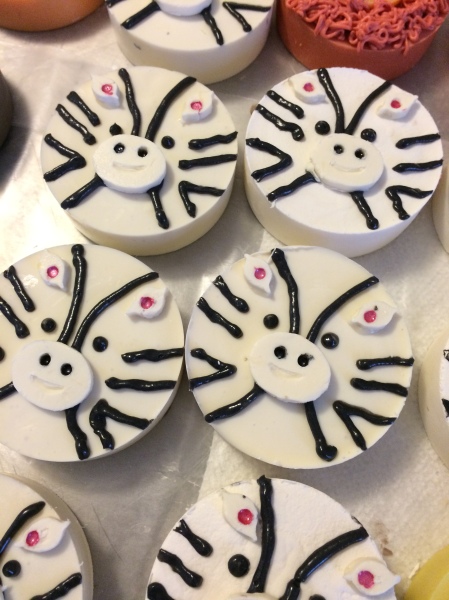 And there you have it.  My absolute madness…and all this during prime busy season for me when I barely have two minutes for anything outside of the business. 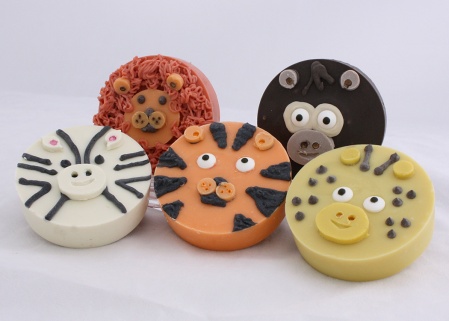 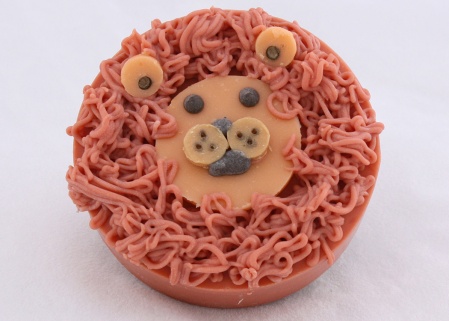 This entry was posted on Tuesday, November 22nd, 2016 at 8:12 am and is filed under Behind the Scenes, Color, Embeds, Experiments, Fragrances, JenniferSoap, Pictures, Soap. You can follow any responses to this entry through the RSS 2.0 feed. You can leave a response, or trackback from your own site.

11 Responses to The Making of Safari Themed Soap Favors

This site uses Akismet to reduce spam. Learn how your comment data is processed.